“Their courage and bravery was to protect local communities, their colleagues and the State.”

Today marks the 40th anniversary since Garda Henry Byrne and Detective Garda John Morley died in the line of duty on July 7, 1980, in Loughglynn, Co Roscommon.

Garda Commissioner Drew Harris said “the striking memorial to Garda Henry Byrne and Detective Garda John Morley serves as a daily reminder to those who live in and visit the area, of the bravery and courage displayed by Henry and John on that fateful day. Their courage and bravery was to protect local communities, their colleagues and the State. Today is a commemoration of that courage and also of the courage of Henry and John’s colleagues Sergeant Michael O’Malley and Garda Derek O’Kelly who were with them when they intercepted the bank raiders, Commissioner Harris said. Keeping people safe is what Gardaí do every day of the week but there are times when they put themselves at extraordinary risk in the exercise of their duty. They do so knowing what it means for them, their family, or their friends and colleagues. That is the definition of courage”. 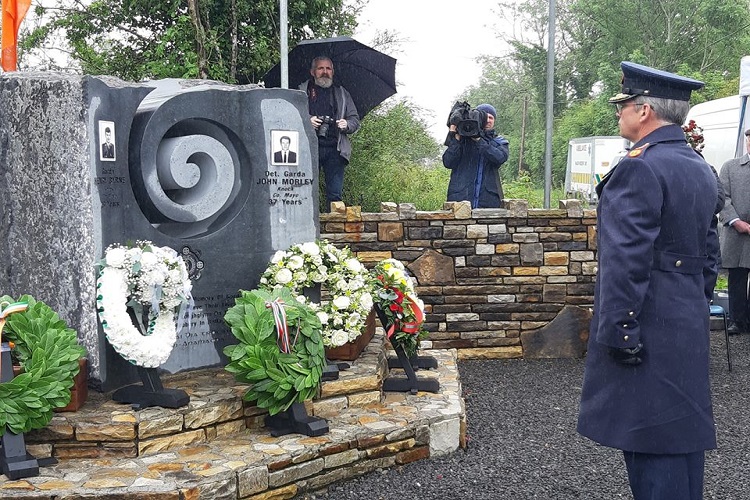